The most important lesson I learned from Jeanne

Most of you will have heard the terrible news that Jeanne Lamon, diagnosed with an aggressive lung cancer only a few months ago, passed away on June 20.

She won’t be forgotten anytime soon, and her enormous legacy will live on for a long time to come.

Right now the media is filled with obituaries and biographies of Jeanne that list all of her many accomplishments, but I would like to offer a more personal tribute here.

I’m one of many people whose lives Jeanne changed profoundly. She began hiring me as Tafelmusik’s lutenist when I was still in my twenties and living in New York, and it was this welcome into the Tafelmusik “family” that precipitated my move to Canada.

Likewise, my wife, Geneviève, came from Montreal to Toronto to study Baroque violin with Jeanne and has remained here for the past 25 years. 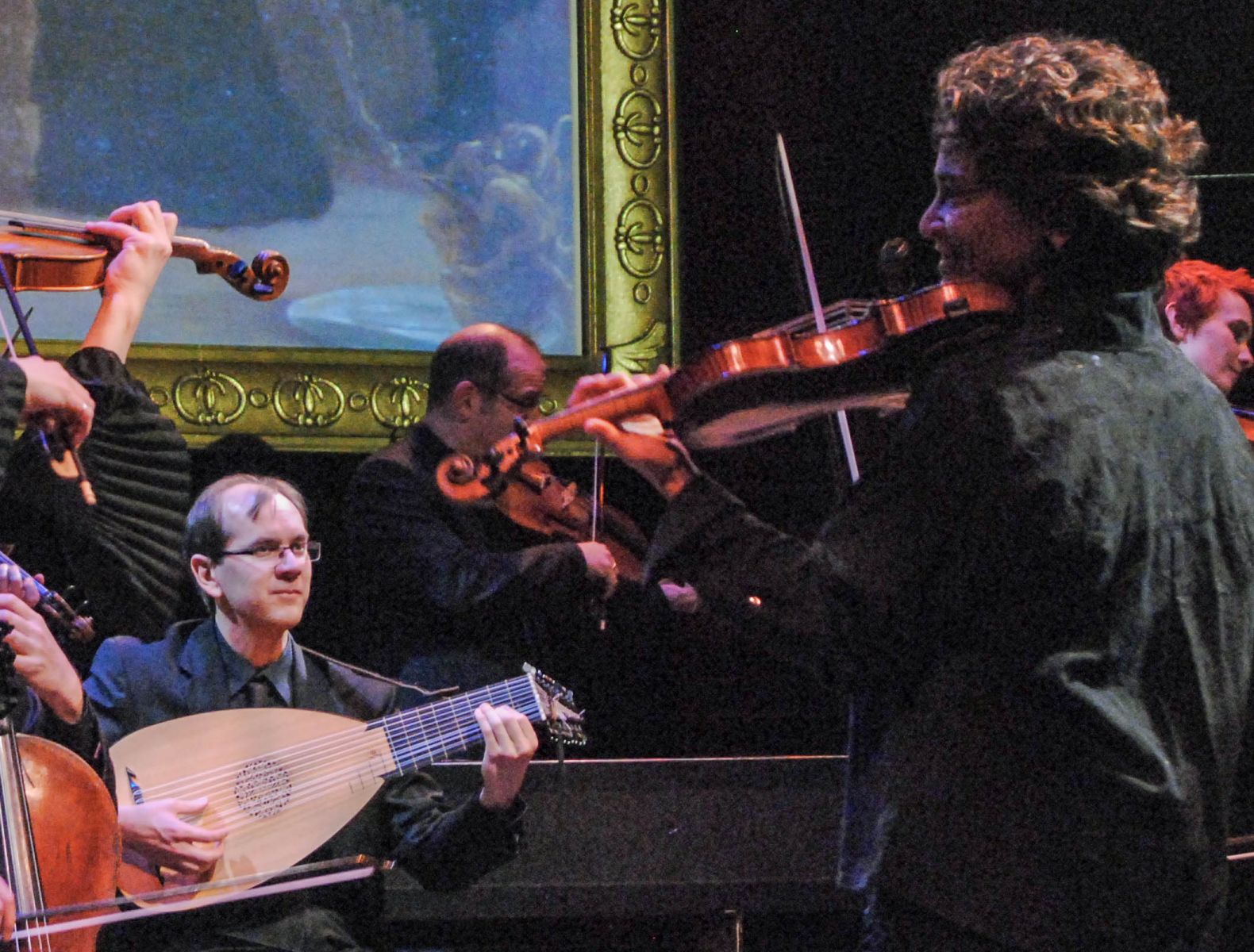 Jeanne had a fiercely authentic character: she never said anything she didn’t mean, and she had an uncanny ability to get straight to the point. She also saw through any insincerity or pretense and was not a person you wanted to try pushing around.

And yet I think of Jeanne as one of the warmest people I have ever come to know.

Of all the things I loved about Jeanne, my favourite was her laugh. On the occasions when she found something truly funny, she guffawed with a truly magnificent resonance that would echo in my ears and keep a smile on my face for hours.

Her generosity was manifest in countless ways, and I’ve been grateful for it many times. I’ll never forget, to cite one small example, that she offered me her support when I wanted to try my hand at conducting: she played in my master’s conducting recital (without asking any fee or return favour) and wrote me a recommendation letter when I applied for the TCC position.

I learned so many things from Jeanne, but at the very top of the list is this:

Don’t forget about the big picture.

In Tafelmusik rehearsals, Jeanne was constantly working with a passionate bunch of musicians who — like Jeanne herself — had made a very personal choice to become Baroque specialists.

In these rehearsals many of us felt compelled to propose our most sophisticated ideas about how best to interpret the music. Of course it was Jeanne's job as our director to make these decisions, and she could have shut us down. Yet she allowed precious rehearsal time to fulfil this need of ours to show our knowledge. She endured our comments about harmonic tension, Baroque tuning systems, historical dance, bowing patterns, national styles, quotations from Baroque treatises, etc. We'd often get so convinced of our own ideas as we were poring over the small details that we'd lose the big picture. 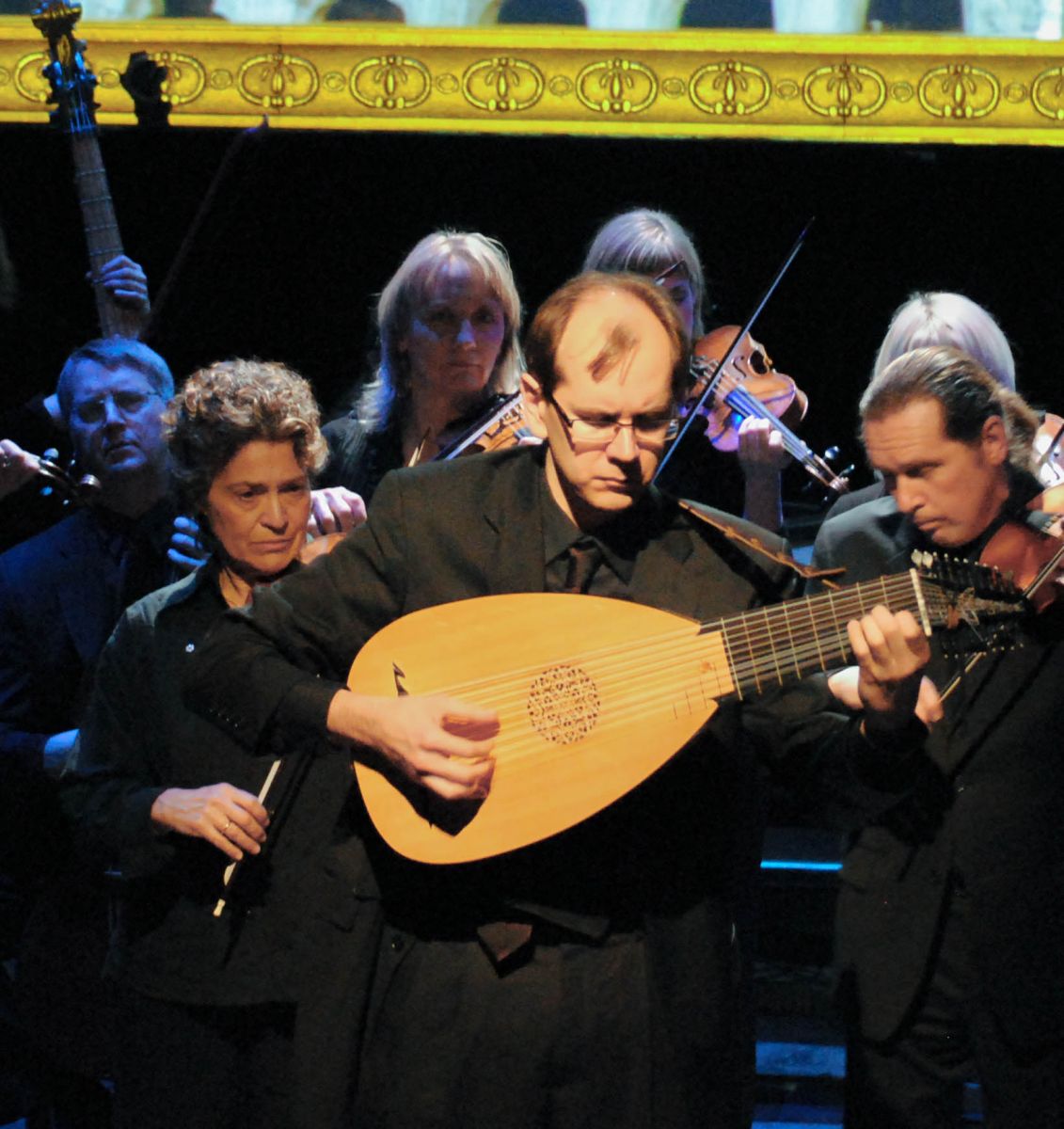 Jeanne knew her stuff in all the above-mentioned areas of performance practice. And yet there was never any danger she would fall down any of our "rabbit holes." If one of our ideas was sturdy enough to convince a clear majority in the room, Jeanne would use it. So many of our proposals would fall short of this, and Jeanne grew to be an expert at just letting those fade without having to give voice to the room's skepticism.

Meanwhile, Jeanne unfailingly kept her attention on the most basic elements that make a concert great for an audience of non-specialists: Did the orchestra’s sound fill the room? Was the concert too long? Did the program have enough variety? Was the tempo too slow? Was the orchestra in tune? Could the audience hear the instruments or voices that were supposed to be featured in a certain passage? If there was a sound effect in the music such as the chirping birds in Vivaldi's "Spring," did the orchestra actually sound like chirping birds?

Likewise, when Jeanne spoke, whether onstage or for the radio or at a donor event, she was always an incredibly clear communicator. She said only what needed to be said and delivered the information so that everyone understood and felt glad to take it in. This sounds simple, but it isn't. Many of the rest of us were always too eager to share our knowledge of historical performance in too much detail. (Once when we made an educational video, Jeanne hired the actor R.H. Thompson to ask us questions about our instruments in order to — in her words — "save us from ourselves.")  However, I believe that Jeanne had to work at seeming so calm and confident. The truth was that she was nervous about speaking in public, always holding her violin while she spoke, which somehow made her relax just a little.

Another time I admired Jeanne's style was when several notable early music professionals were asked by Early Music America's EMAg to write about how they saw the future of the field.  Many of the contributors fell into the details, even to the point of listing their own accomplishments.  Jeanne's piece answered clearly the question that had been asked, persuasively describing her worries about trends in the field such as standardization and the use of gimmicks.

I’m convinced that Jeanne’s forest-for-the-trees focus was at least one of the keys to Tafelmusik’s success. She kept us from falling into the details and thus led the orchestra into giving hundreds and hundreds of successful performances that won over audiences in high school gymnasiums and in European concert halls. 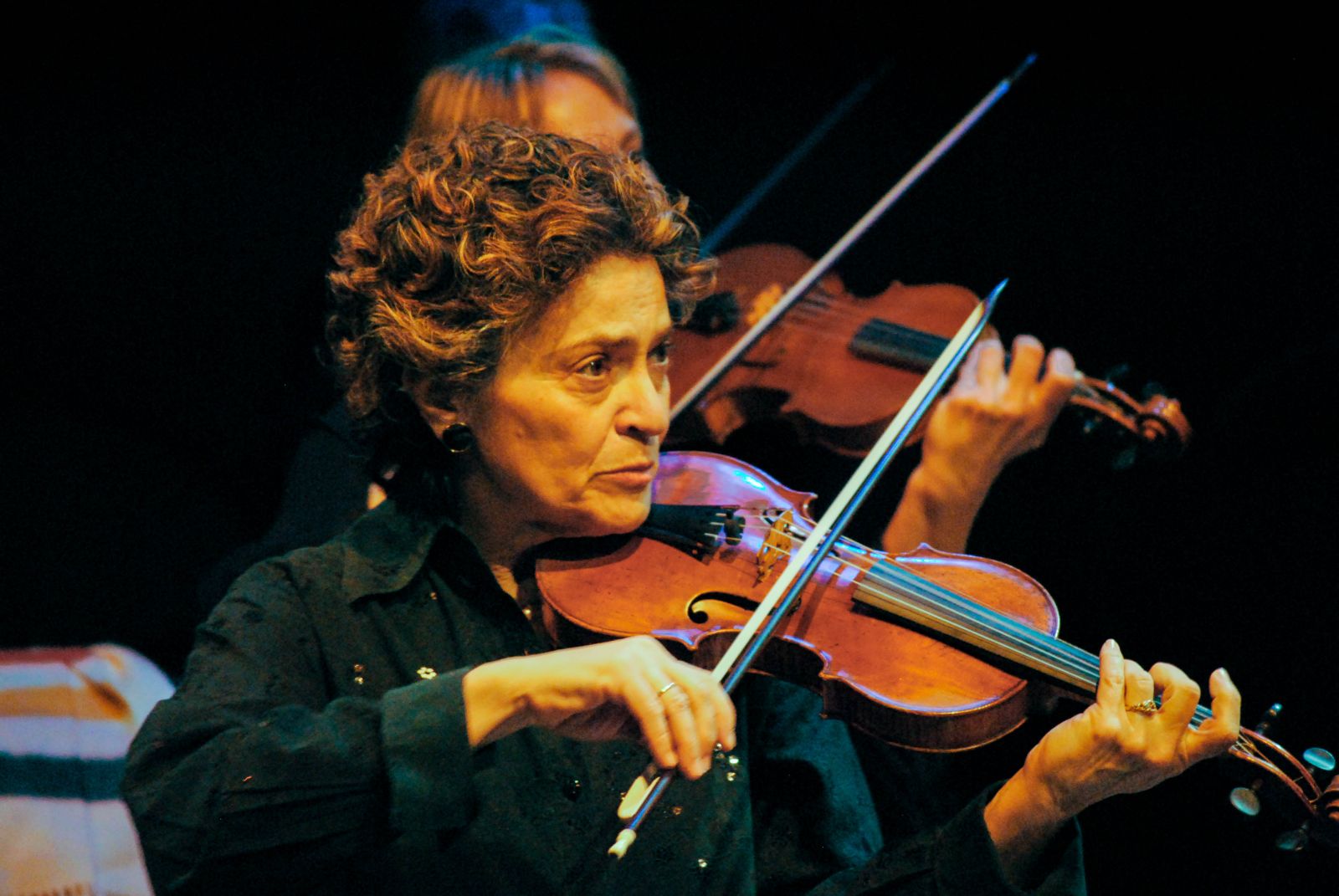 After Jeanne announced her intention to retire from Tafelmusik, she explained to me how heavy it felt to have been the group’s artistic director for more than three decades: “It’s like when you carry a heavy pack up a mountain. Eventually you forget how heavy the pack is, but then when you get to the top and take it off, you feel as light as a feather. I need to experience that feeling of lightness.” Although it took years for Tafelmusik to find a new director, Jeanne finally got the chance to begin taking off her pack, eventually moving with her partner, Christina Mahler, to Victoria.

Last summer Jeanne and I were on the phone telling each other how we’d been spending our pandemic time. Jeanne told me she’d finally started creating an arrangement of J.S. Bach’s famous Ciaccona for solo violin. She was working through it slowly, crafting one variation at a time over a period of months.

Jeanne loved the Ciaccona but often couldn’t fully enjoy watching performances of it owing to its extreme technical difficulty for the violinist. Bach always liked to push boundaries, and the Ciaccona is beyond the limit of what any composer from the time would have thought possible for the solo violin. But Jeanne didn’t always hear Bach’s profound message speaking clearly through the noise of so many broken triple and quadruple stops. How can a single violinist — with only four strings stopped by four fingers and set into vibration with a single bow — convey a message whose expression would seem to require a glorious throng of instruments and voices?

Jeanne’s arrangement rescored the piece for two violins and cello. This brilliant move allows all the musical elements of the original to be clearly heard and understood, their shapes magnified into a smoother and more vivid experience that still respects the conception of the original masterwork. Instead of a single sweating violinist alone on a big stage doing her best to simulate an orchestra, we now have a trio of string players who can share the weight of the rich musical materials and amplify their expression.

I’m going to risk offending many violinists here: In a way we could say that Bach fell down a rabbit hole with the Ciaccona and Jeanne kindly pulled him out.

To me this arrangement speaks to Jeanne's genius in engaging with passionate striving, whether in the form of Bach's transcendent-yet-finger-breaking masterworks or as erudite suggestions from the back of the orchestra, and harnessing that striving to make something beautiful yet down-to-earth and accessible.

The day I learned of Jeanne’s passing, I watched this performance of the Ciaccona arrangement — twice — and wept. I wept for the long retirement Jeanne should have had; for her partner, Christina’s, loss; for the young musicians who won’t get the chance to work with her; for the old-folks viol consort she sometimes joked about playing in. But I also wept tears of joy, thinking of all she brought to the world and my own great luck in crossing paths with her.

Rest in peace, dear Jeanne, and thank you. You’ve set your pack down for good now and have risen to Parnassus.

Photo credits: Headshot of Jeanne Lamon by Sian Richards. All other photos by Glenn Davidson. 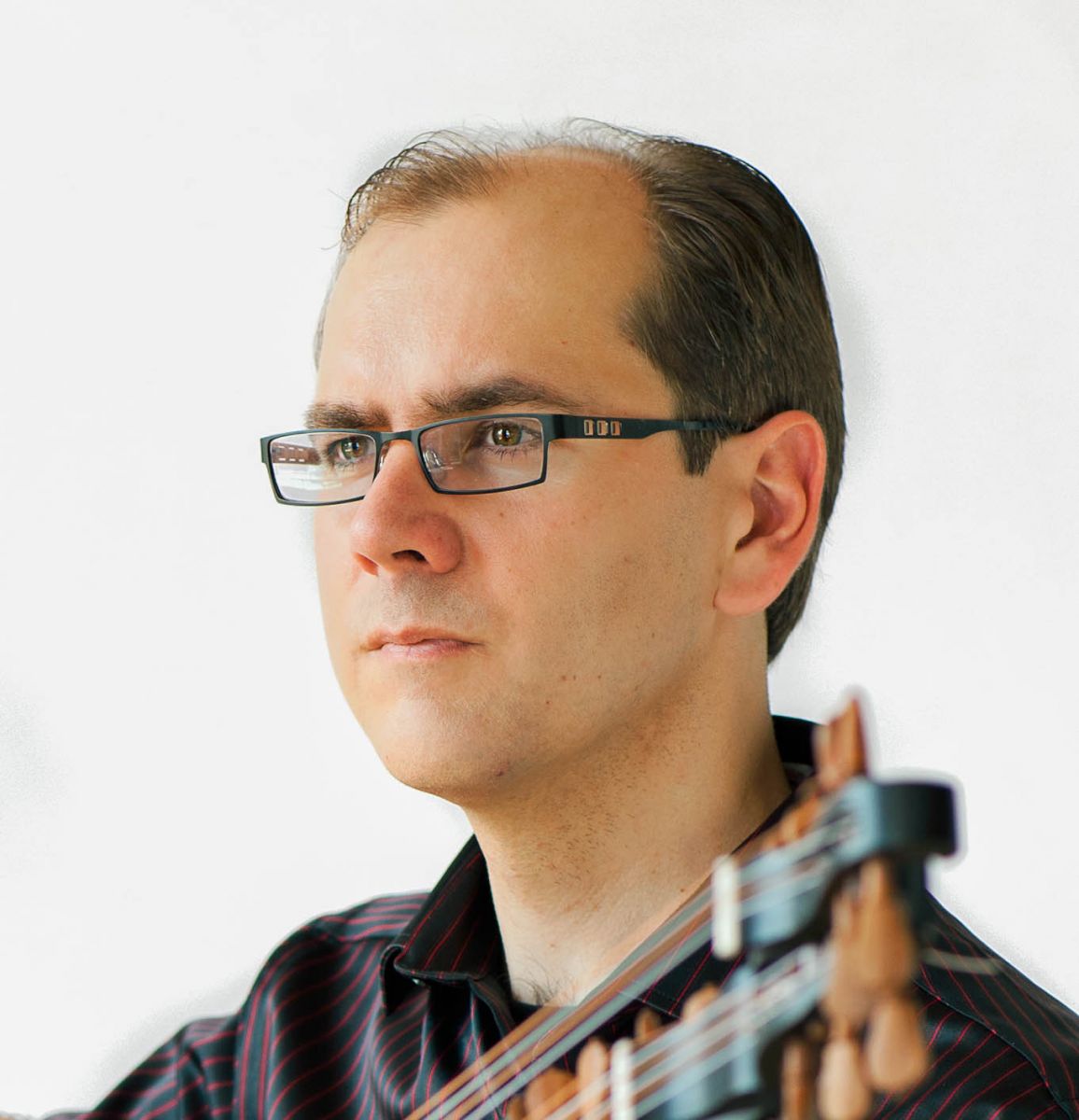 Lucas Harris has been the Toronto Chamber Choir's Artistic Director since 2014.

It has been his great honour to work regularly as a lutenist with Jeanne Lamon and Tafelmusik Baroque Orchestra since 1999.