After "Things I Didn’t Know I Loved" by Nazim Hikmet

Now, in suspended animation,
I realize how the tracks from Miriam’s tabby cat,
Dimpling the snow in my back garden and across the driveway
Swell my heart.
I wonder if she’s searching for the scent of sweet Holly, gone now eight months.

Now, in the ambient quiet,
I love hearing the treble voices of young children,
Clear, crisp and trilling with life and laughter.
Jack’s pitch rises with energy as he excites me with his stories
About the Alien that Santa brought, and the twig-armed snowman topped with red toque
Sculpted by him and his little sister,
Right there in their front garden.
Each sentence ends with an exclamation mark, and why not?

Now, in the still, late winter afternoon,
I breathe in the smoky, spicy smell of a wood burning fire
Swirling out of the chimney of the house on the left.
I imagine the warmth and red-orange glow of the fireplace
And feel enwrapped in the memory of family gatherings
In our living room on Christmases past.

Now, in the time of isolation and distancing,
I look forward to talking – masked – with Enid, Steve and Alan
As I shovel heavy wet snow off the sidewalk.
I bank the base of the dried, straw-coloured tall grasses with their feathery tassels,
Fortifying them against the western winds,
And heap mounds on top of the stretch of lawn, still green.

Now, in the absence of friends’ hugs and touches,
I am surprised by my tears when three-year-old Hugh,
Brimming with care and sincerity,
Points to a patch of ice on the sidewalk
And instructs me on steps to be taken to avoid slipping.

Now, in the silence of no live concerts to perform or attend,
I listen to music and share online with friends.
I sing.
I lean into suspensions, tinged with discord,
And then relish the relief and joy
As the chord resolves,
As the tension dissolves.

Suspense holds us in its grip, leaving us dangling in mid-air, hoping for a safe landing on solid ground, wanting to relax and feel at home. In the early days of COVID-19, I felt as though life, as I had known it, was suspended, stopped abruptly, leaving me with no idea when it would resume. All my usual activities were cancelled, erased from my calendar.

Following the silencing of TCC's March 2020 concert the day before it was to happen, it became clear that rehearsing and performing as a choir were on hold indefinitely. Nobody can hazard a guess about a re-entry date onto a live performing stage.

Meanwhile, we meet on Zoom. Not at all a perfect substitute for in-person rehearsals, Zoom at least gives us a chance to see one another and chat before and after the meetings.

As I sang and listened to the piece by Hassler, I was transported back to my childhood.

I was born and raised in a mining camp near Sudbury, which was at that time the nickel capital of the world but far removed from being a cultural centre for the arts. We enjoyed good ice for skating and hockey for at least six months of every year, celebrated several talented badminton and baseball players, had one movie theatre and two well-attended churches.

I was one of seven girls in the Fraternity United Church choir. At our rehearsal before Good Friday and Easter Sunday services in 1961, Mrs. Fehr spoke in her German-accented English, "Turn to hymn 94, ‘O Sacred Head.’ Mary Ella, you can read music. I’d like you to sing alto.”

My fifteen-year-old reaction was disappointment not to be singing soprano, the soaring voice of the choir. But as soon as I heard a few bars on the organ, I perked up.

This tune was different from the usual Easter parade of hymns, the ones in a major key with verses ending in “Alleluia.” The alto line, more interesting than the soprano part, was sinewy with a sprinkling of accidentals. I noticed that at times soprano and alto notes clashed just one note apart, suspensions that gave me goose bumps and made my spine tingle. At first, I thought I was making a mistake, but I wasn’t. The composer meant to place those two notes in the same chord, the dissonance creating a tight, pinching tension that dissolved when one of those notes moved either up or down. The resulting chord felt relaxed and settled.

Bach’s harmonization lifted me to another place, away from the cacophonous sounds of Creighton Mine. I realized then that I wanted to — I had to — sing more of this kind of music, but I had no idea where or when. I didn’t actually know what “kind of music” this was at the time. Looking at the top of the page that day in church, I read, “Passion Chorale composed by Hans Leo Hassler, harmonized by J.S. Bach.” They had lived hundreds of years earlier, in a different country, a different world from the one I knew.

During the plague of 1599, Christoph Knoll, a German theologian and hymn writer wrote the lyrics for a song for the dying, “Herzlich tut mich verlangen nach einem sel’gen End," which translates as “I desire dearly a blessed end.” About the same time, in 1601, Hassler wrote a secular lament, “Mein G’müt ist mir verwirret,” a ballad about unrequited love. Knoll’s hymn appeared in 1613 set to Hassler’s melody.

In 1727, Bach borrowed the melody, harmonized it, and used it in a number of his sacred works. It appears five times in the St. Matthew Passion, each time conveying through words, harmonization, and accidentals the specific mood of the particular part of the story. Bach recycled the music in the Christmas Oratorio and two cantatas.

Fast forward to the twentieth century.

In the 1940s, folk activist Tom Glazer appropriated the tune for “Because All Men Are Brothers,” a song calling for social justice. Later that decade, Pete Seeger added a final verse protesting against fascists. The Weavers, a group founded by Pete Seeger and Lee Hays in 1948, performed that song. Dave Brubeck’s 1971 recording Summit Sessions featured Peter, Paul and Mary singing this piece followed by Brubeck’s jazz improvisation.

In 1973, Paul Simon popularized the melody with "American Tune."

Most recently in 2010, John K. Samson of Winnipeg wrote “Stop Error,” a song about a monitor frozen in the middle of a computer game, and set it to the same melody.

I left Creighton Mine in 1963 to go to university, where I sang in the McGill Choral Society, a choir of more than one hundred singers. I then sang in other community choirs for a number of years until, on the recommendation of a friend, I auditioned for and joined the TCC in 1982. At my first TCC rehearsal, we began working on J.S. Bach’s motet Jesu, meine Freude. I sat down after the first movement, exhaled, and thought to myself, “Oh, I’ve found it. This feels like home.”

The poignancy of suspension comes from the intensity of leaning into that discordant, crunching interval and then relaxing as the chord envelops and calms us with its pleasing harmony. The tension is released, the suspense resolved.

COVID-19 continues. The vaccine is being distributed. We’re leaning into our new life while learning to live with ambiguity, uncertainty, and suspense, savouring sweet spots along the way.

For a more comprehensive look at the music mentioned in this blog, click here. 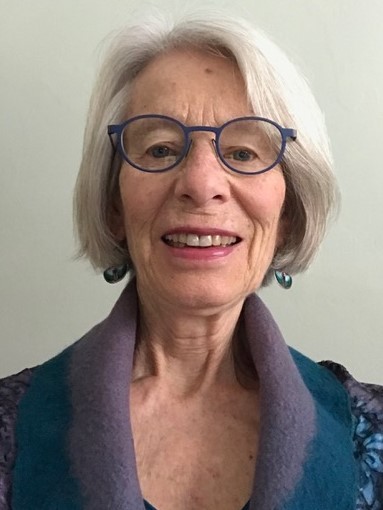 Mary Ella Magill joined the alto section of the TCC in 1982. She was singing long before that in church and school choirs, in the car learning to harmonize with her dad and her sister, and in a trio performing at school variety nights. She feels richly rewarded intellectually, emotionally, and socially by choral singing and finds excitement and joy in performing gorgeous music for an audience. She also plays alto saxophone.