Congratulations are in order!

When Sharon Adamson saw an email in her inbox recently with the subject line “Congratulations!” she almost ignored it. In fact, she says, “I almost sent it to my spam folder” without even opening it.

But something made her take a second look. Maybe it was that similar-looking email she had received in 2019 from the City of Toronto, recognizing her volunteer service with the early music performing group Toronto Masque Theatre.

So it’s a good thing she did open this new one after all. Her instincts proved to be sound, the email an important one - and this time at the provincial level. The Ontario Ministry of Heritage, Sport, Tourism and Culture has presented Sharon with an Ontario Volunteer Service Award in recognition of her 50 years of volunteer work with another early music performing group, the Toronto Chamber Choir.

Founded in 1968, the Toronto Chamber Choir, an ensemble of 40 or so singers – mostly experienced amateurs but with a core of paid section leads – specializes in music of the Renaissance and Baroque eras, but with forays into earlier and later time periods where it can make an interesting artistic connection. Currently on a pandemic-imposed hiatus from performing their usual four concerts per season, choir members have been keeping the flame alive with regular video lecture-rehearsals (so far as the technology will allow) organized by artistic director Lucas Harris.

Sharon enjoys the video meetings, but of course misses real choral singing. “It’s just not the same as singing with people around you,” she says.

And she should know: Sharon has sung with the choir in almost all of its concerts since 1968. For its very first concert, she turned pages for continuo player Bill Wright, husband of the founding conductor, Annegret Wright. But as they began rehearsals for the second concert, Annegret asked Sharon to join the alto section. And other than a portion of 1972 when Sharon travelled to South America, and a very few times over the years when a cold or laryngitis – the bane of singers – took her briefly out of commission, Sharon has faithfully helped keep the alto section in fine form.

But more than that, she has for much of the time over all these years kept track of the choir’s ticket sales and box office, and in recent years doubled as treasurer to fill in for a vacancy. She even for about six months “way, way back,” filled in as choir president. (“But never secretary,” she says. “No thank you. Happy to let someone else do that.”)

Outside of the choir, Sharon was a market research consultant for nearly two decades, general manager for the Royal Canadian College of Organists (RCCO) for fifteen years, and more recently has been bookkeeper and now administrator for the combined congregations of Toronto’s Deer Park United and Calvin Presbyterian churches, to which she brings the same skills and admirable qualities for which Ontario has so justly recognized her.

“It should be said that Sharon is the classic good Samaritan,” the choir’s artistic director says. “She’s always helping people with one thing or another. During the pandemic she’s been helping older congregation members figure out how to join virtual services on Zoom, something that will require long phone calls at times.

“On top of all of her kindness, she really gets things done and basically never makes a mistake,” Lucas says. “What an awesome lady she is. Do you think we could clone her?”

For that 2019 city volunteer award, Sharon got to go to a nice reception with wine and hors d’oeuvres and a little jazz trio playing in the background. Alas, there was no such thing during a pandemic lockdown. Sharon received a certificate and pin in a virtual ceremony on March 2. “So,” she says, “I just had to provide my own wine and my own hors d’oeuvres.” 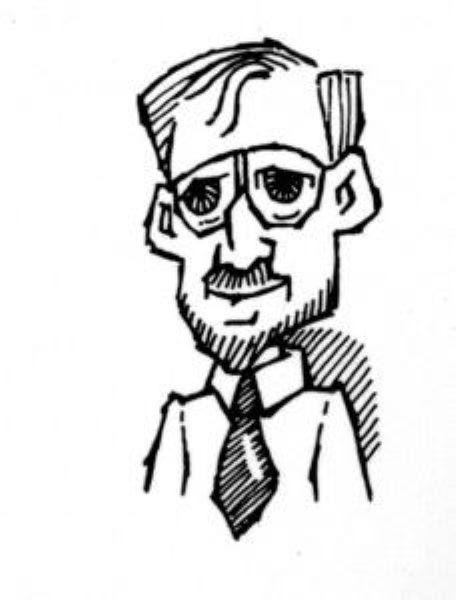 David W. Barber has sung with TCC for more than 20 years, and the choir has performed several of his compositions. He's a journalist, composer, and the author of more than a dozen books of classical music history, literature, and other fields, including the bestselling Bach, Beethoven and the Boys: Music History As It Ought To Be Taught.